DevOps – development operations – sounds like a buzzword, but the concept has been around longer than you think. In fact, the basic idea has been around at least since early engineers were creating steam engines and building tunnels in the Industrial Revolution.

Why? Because at heart, DevOps isn’t a set of standards or a technology. It’s a philosophy – a firm view on how software is best delivered for a client. While it’s vital to learn a client’s business processes in depth, that’s not all of it. Nor is broad and deep technical expertise the only factor that matters.

DevOps is a combination of practices – treating the way teams work together as equal in importance to the expertise itself.

Strypes takes note of everything that’s innovative and useful – always with a critical eye on how it can make us better at what we do.

To the uninitiated, it seems strange that the world’s tech giants – household names among them – outsource many back-office (and even front-office) software development functions to other companies. Don’t they have the smarts inhouse?

Of course they do. The point here is that by outsourcing functions that aren’t in the company’s core competency, they save those valuable inhouse resources so they can stay focused on their business goals. If the outsource uses a DevOps model, it can even put real people side-by-side with the client at its headquarters – staying abreast of its processes and workflows as they evolve and change. Which lets them brief external developers (based in Bulgaria, in Strypes’ case) more precisely and accurately.

One such is a Dutch giant that’s been a client of Strypes for many years. It outsources many IT tasks to Strypes, and the list is getting longer every year. In fact, it’s Strypes’ longest-running client, and the relationship has brought positives to both companies.

Imagine this. A company grows a capability inhouse, with a small team. They don’t write much down, nor do they follow a consistent process – but because their work is terrific and they always deliver on time, nobody notices.

Then a competitor poaches the entire team with salary offers they can’t refuse … and the skills they’d built over years disappear overnight.

It’s a common complaint. Outsourced DevOps does offer a solution – if executed in the right way. “The right way” means documenting processes, planning procedures and decisions in a way that other people can understand, and organising development (whether it’s in GitHub, Kubernetes, or something else) with consistent tasks and actions.

This means “institutional learning” happens over time. New people at the outsource can get up to speed quickly; the intellectual property of the process is separated from the people delivering product; and – most importantly – the client doesn’t need to worry about losing skills when someone leaves the company.

An outsourced DevOps partner can do all this effectively – because it’s in their best interest to do so. (They’re getting paid for it!) At Strypes we’re obsessive about documenting and proceduralizing every action we take – because it solves so many problems in the future.

Psychologist Robin Dunbar identified three “scales” of society. There’s the family, 4-6 people you know well. There’s the “clan”, up to 150 or so. And there’s the “city”, the broader population of many more.

The key point: when an organization grows beyond 150 people, efficiency suffers. Because nobody knows everybody else, and shared / tacit understanding within the group as a whole becomes harder.

With the increased popularity of psychology in the C-Suite, bosses are realizing the middle Dunbar Number applies to their own companies. The solution: separate out a core function like DevOps and assign it to an outsource … so the outsource functions as a single smaller team, able to communicate and work together with greater efficiency.

Even as Strypes has grown, an individual engagement – the total of the Strypes business operations and software development teams, plus the client team that interacts with them – is never greater than 150 people, and usually far fewer. That keeps our operations tight, focused, and extremely productive.

Trend #4: Competitive advantage in the War for Talent

As any HR executive will tell you, finding the right people today isn’t an abstract exercise: it’s a battle, red in tooth and claw. A shortage of trained technical people is leading to salary inflation, high employee turnover, and flat-out unfillable positions in every IT department. This is another trend DevOps with Strypes can solve.

How? Because we’ve already got those people for you. And you can make use of them NOW, without going through an interview process or salary negotiation. What’s more, it’s likely they already know the basic processes of your business – because they’ve already been doing DevOps with business like yours, making them familiar with your industry sector. (Strypes has particular strengths in precision engineering and agricultural technology.)

So DevOps isn’t just an approach you can adopt when outsourcing. It can solve the headaches in your HR department, too.

Trend #5: Increasing use of SLAs and contract guarantees

In the 2020s, companies are discovering that dealing with an outsourced partner can be simpler and more straightforward than building the same capability internally. Why? Because the external team is covered by an SLA – Service Level Agreement, or similar. This contract guarantees a certain level of service, certain capacity and availability minima, and other assured conditions. Easier to deal with than a bunch of employees, each with a separate contract and salary bill!

The Strypes model is called “Nearsurance”. It makes a strength of putting business operations people by your side, and software developers further away, each team flexible. It means capacity and expertise can be dialed up and down as you need it – because our focus is on delivering the contract agreement.

Trend #6: DevOps offers a smooth path, not a series of stop-starts

Another emerging trend in DevOps is the importance of CI/CD: Continuous Integration and Continuous Delivery. It means each product or project is executed in discrete chunks, on an ongoing basis – not suddenly rolled out on a set “launch day”, only for bugs to bring your company grinding to a halt while everything is redone.

Agile methodologies, which are a big part of most DevOps approaches (Strypes uses them) are key to this. When a task is complete, the output (a piece of software) doesn’t just sit around waiting for the rest of the app to appear; it’s rolled into the current implementation, tested and re-tested, and its behavior noted. Improvements are then made, and as other parts of the solution roll out, it’s tested with those and the cycle repeats.

This means that more and more DevOps teams are treating software development as a process of continuous improvement, not products with a specified end and beginning. What matters is that each part of the puzzle works smoothly with all the others. And Strypes has very well-established processes for achieving just that.

Of course, the cloud isn’t new. But as more and more legacy IT infrastructure migrates to the cloud, the case for outsourced DevOps becomes even stronger. Because when the software development is separate from the need to maintain inhouse server farms and other hardware, it’s even easier for an outsourced team to implement, roll out, and test applications and data “in situ”.

It’s also called “serverless computing”. Obviously your software still runs on a server somewhere, but you don’t have to care where; your cloud services provider maintains a certain capacity of bandwidth, processing grunt, and storage space, and simply guarantees the platform your DevOps team can build on. Strypes, by the way, works with all the big cloud providers – including Microsoft’s Azure.

Trend #8: Containers and other “light” tech

Previously, a lot of development operations used “virtualization”: creating a bunch of virtual servers at the data center, each with an operating system of its own, and developing on those. It worked – but it was “computationally expensive”, needing a lot of processing overhead to keep those separate environments running.

A modern development of the last few years is changing all that for the better. DevOps with Strypes increasingly happens in “containers”: simple, well-defined silos where code can be kept safe and separate, but without needing a separate OS implementation for each project. The Gartner Group predicts 70% of companies will use at least two containerized applications to run their businesses by 2023 – because it lets them scale, stay agile, and operationalize applications faster: all buzzwords shareholders like.

Which, of course, is why Strypes does it. You’ll find deep expertise with container-based approaches like Kubernetes (K8s) part and parcel of our offer to the market. Developers love it – and your C-Suite will, too.

An integrated development environment – the sort of thing a DevOps approach with Agile is good at – offers up another opportunity: the ability to automate test functions, with real-world data running through every iteration until the optimal state is achieved. Today, that approach is going even further.

Our ninth trend is how companies are increasingly taking advantage of Artificial Intelligence and Machine Learning to “automate the automation”: not simply running a batch of test data through newly-developed code, but automating the test software itself, using intelligence and learning to “destruction test” a new or updated application in a large range of scenarios.

As enterprises get bigger, and codebases grow exponentially larger, such an approach stops the outsourcing function growing exponentially in cost. Well-trained AI and ML can handle the task, however big it becomes. It’s an area we’re rapidly moving into at Strypes.

Trend #10: The integration of software development with business strategy

Technology now drives every major business. Frequently, it’s effective use of technology – not shinier products or friendlier services – that provides competitive differentiation, in an ever-increasing number of industries. (If you query this, look at successful companies like the Netherlands Lely – which brings incredibly effective technology to the business of milking cows, and is a world leader for doing it!)

This makes our tenth and final trend also the most important. As technology has become central to the business process, it has *become* the business process. IT success is indistinguishable from business success. Which is why the CEO and CIO roles are moving ever closer together.

In the years ahead, it’ll seem perfectly normal for the CEO role to go to the IT chief rather than someone from Finance or Marketing. Because they know the backbone of the business and how technology supports it. Outsourcing DevOps, with all its guarantees and service levels in place, is a great way to keep that competitive advantage rolling.

Trends like these are exhilarating. It’s part of the reason we at Strypes come to work every day: the chance to transform our clients with innovative applications and approach, implement software that improves their businesses long-term.

We hope this article has shown how DevOps is changing – not a static set of rules, but an ever-improving toolbox to make your life easier and more successful. We’re excited about what our take on DevOps can bring to your business – and we hope you’ll give us the chance to talk about it soon. 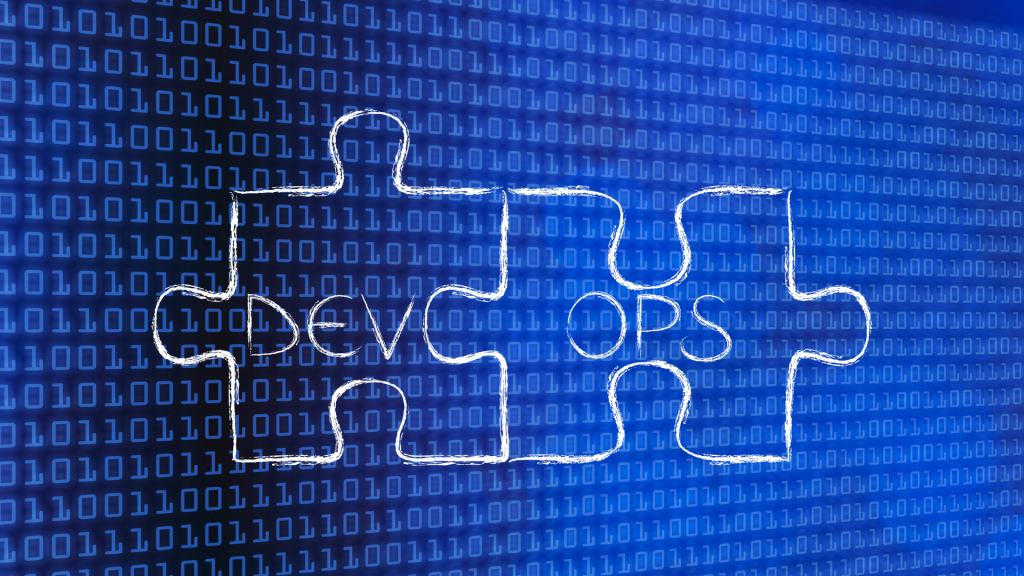 Nearsurance: The Strypes way of outsourcing

Strypes’ unique work model combines our expertise in IT implementations and software development with the benefits of nearshoring.

Download our Nearshurance whitepaper and read more about the process.

Strypes at the Robotics Strategy Forum 2021

The Balance Point: professional development in the IT sphere hand in hand with passion for billiards

Do you want to learn more?

© 2021 Strypes EOOD. All Rights Reserved. Please note that we use Disclaimer | Privacy Statement.